I think the whole writing process would have been simpler if we had named it rewriting.

Take my kids, for example. They write their paper about ancient Greek culture and they think they’re done. The term “rough draft” evokes a horror somewhat akin to having a cell phone that doesn’t text. They simply don’t see the point.

But if we’d just called it rewriting, then they couldn’t stop after the first draft because, well, that’d only be writing.

But here’s the thing about rewriting- it’s a lot harder than writing. Writing is the creative spew. Anything goes, and it can be really, really bad. Rewriting is when you rein it in and turn it into something really, really cool. It’s about analyzing, finding problems, creating structure, and checking for idiocy.

It’s also where you learn to be humble, because as soon as you think you’re done, you find some willing guinea pig to read it for you (who isn’t your mother, because she also thought your squinty-eyed, pointy-headed baby picture was cute) who finds all kinds of imperfections.

Now you have to decide whether you’re willing to torture another rewrite out of your shattered ego, or whether your book is good enough the way it is. After all, maybe that person didn’t know what she was talking about.

If you’re in it for the long haul, chances are you’re gonna do that rewrite. And that’s the rub. Every time you rewrite the thing, you’ve made it the best it can be given your knowledge and ability level. But then you go and learn something new (inconvenient, but crucial to success), and you’re suddenly better than you were before, and now you can make that manuscript better, and so you rewrite it again, and again, and again.

Folks, this is vicious and not for the faint of heart. I think it’s why many writers hear voices in their heads.

And wouldn’t have it any other way. 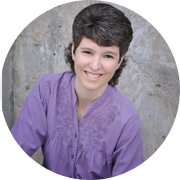